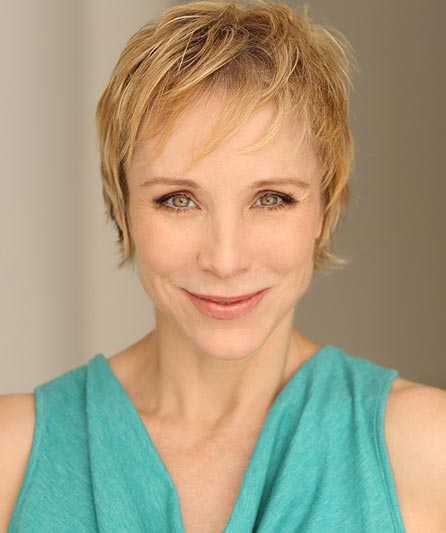 Charlotte d’Amboise has been gracing Broadway stages for decades.  Since making her Broadway debut in Cats, Charlotte has been nominated for two Tony Awards for her performances in the Broadway revival of A Chorus Line (Cassie) and Jerome Robbins Broadway (multiple roles).  She has also won numerous Fred Astaire Awards for her roles in Pippin (Fastrada), Sweet Charity (Charity), and Damn Yankees (Lola).  Most recently, she has been seen in the role of Roxie in Chicago, that has earned her the LA Ovation Award, the Los Angeles Drama Critics Circle Award and the San Francisco Bay Area Theatre Critics Circle Award.  Charlotte has also appeared in the Broadway casts of Company, Contact, Carrie and Song and Dance.

Her film credits include The In Crowd (1988), American Blue Note (1989), Just Off the Coast (1992), and The Preacher’s Wife (1996). She appears as herself in Every Little Step (2008), a documentary about the Broadway revival of A Chorus Line. In 2012, she co-starred in Frances Ha, directed by Noah Baumbach. On television she has appeared in Law & Order (2001), One Life to Live (2009), a videotaped performance of the Broadway musical Contact (2002) and the Kennedy Center Honors (1989, 1995, 2009).  Of all her experiences on stage, one of the most special moments for Charlotte was her performance in the Kennedy Center Honors (2009) performing with her brother (Christopher d’Amboise) in an evening honoring her father, Jacques d’Amboise which also aired on television.

Charlotte is the Co-Artistic director, with her husband Terrence Mann, of Triple Arts, a musical theater summer intensive for young artists. 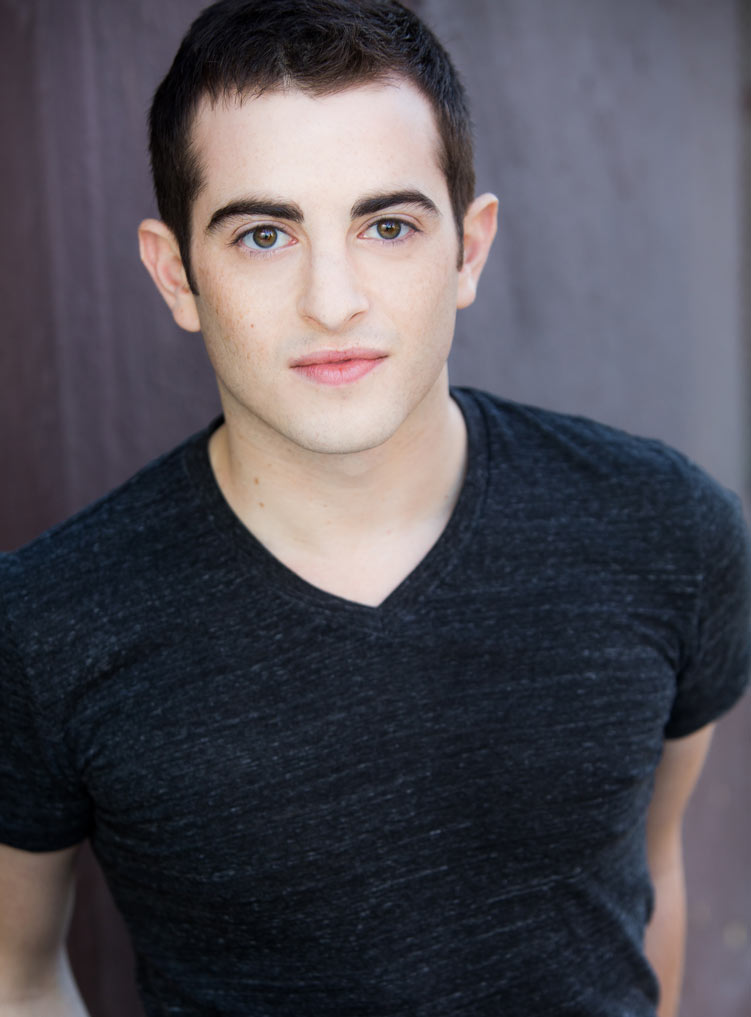 Josh is a New York based choreographer and performer. Throughout Josh’s career, he has worked in some of the most respected jobs in the industry including Broadway, national tours, national commercials, film and television. He has performed in major venues across the world including the United States, Canada, Mexico and Europe.  Some of his recent choreographic work includes New York Fashion Week, Audi Ottawa, a commercial for Modos Furniture, Mary Poppins and Cinderella at Arrow Rocks Lyceum Theater. He choreographed world premiere of Medicine the Musical, which ran in New York City, Off-Broadway. He was the associate choreographer for the Saturday Night Fever National Tour as well as the Canadian Premier of Disneys Newsies at Drayton Entertainment.
As a performer, some of his favorite credits include Disney’s 1st National Tour of Newsies (asst. Dance Captain), Neleus in Mary Poppins on Broadway and the 1st National Tour, Baby John in West Side story (Stratford Festival), Wizard Of Oz National Tour (Troika), and dancing on NBC’s Saturday Night Live with Jimmy Fallon. Josh has been featured in Dance Spirit Magazine, Dance Canada Quarterly, Industry Dance Magazine and Dance Plug Los Angeles. He has taught at Edge Performing Arts Center and is currently on faculty at the Broadway Dance Center in New York City where he has been a guest choreographer for many of their events 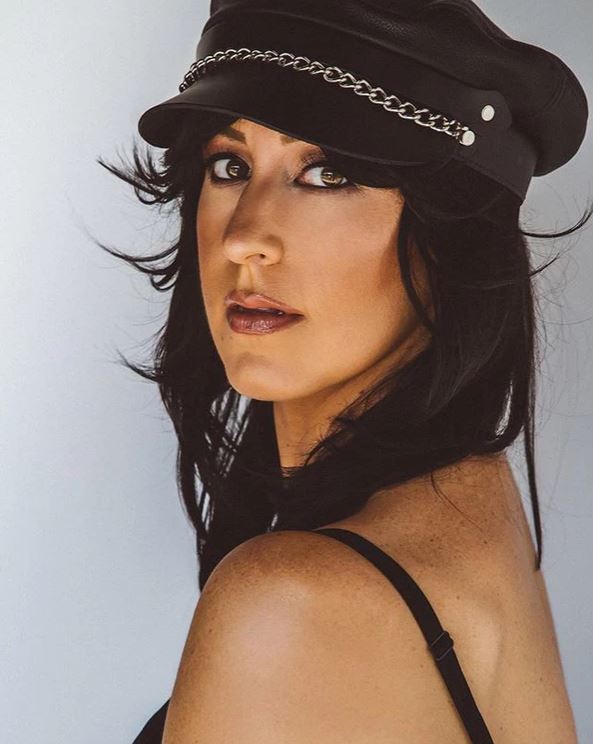 Jessica Franco, originally from Bucks County, PA, has performed around the world on Ariana Grande’s Honey Moon World Tour, and throughout the states on The Billboard Awards, MTV Video Music Awards, and Coachella. She was featured in music videos by Vance Joy and Fancy Hagood and is featured on Tezoro’s Floorwork instructional DVD’s Volume I and II. She was the Assistant Choreographer for Ariana Grande’s Dangerous Woman World Tour and has assisted with Ariana’s performances on The Voice, Jimmy Kimmel, American Music Awards, Saturday Night Live, Dancing With The Stars, and more. She is so excited to continue to work, create, and perform all over the world! 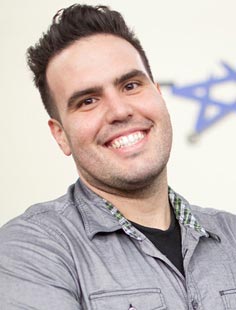 Debra Sparks Dance Works was blessed to have Dance Moms Miami’s “Angel” (Victor Smalley’s partner) last week when Victor himself was unable to come. But don’t lose those dance shoes, because more Master Classes are on the way.  All we can say is “WOW” – what an amazing dancer and instructor Angel was for our many dancers (from DSDW and other studios) – who came out to learn some fantastic jazz moves!!!  Angel is welcome back any time! 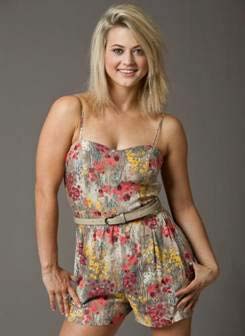 You were great, Lauren Froderman!

Choreographer and TV Celebrity SEASON 7 WINNER OF “SO YOU THINK YOU CAN DANCE” came to Debra Sparks Dance Works to give a motivational, challenging, inspirational and rewarding master class!
Click Here for the Press Release

Lauren has landed many dream roles on television, music videos, and live shows, including:
• One of the Rockettes for Radio City Music Hall
• So You Think You Can Dance
• Big Time Rush
• Blake McGrath 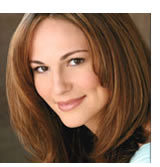 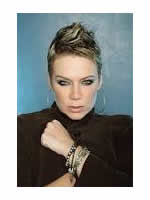 Whether she’s dancing on the stage or lighting up the screen, Mia blends her unique talent and creativity to produce an artistic presence all her own. 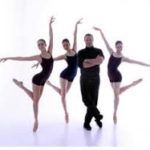 Check out the press release!

Years of dance training at the New York City Ballet have given Christopher Fleming a reason to smile. As principal dancer, Chris performed in ballets for many renowned choreographers, including but not limited to:
•George Balanchine
•Jerome Robbins
•Peter Martins

His expertise and skill set have taken him across the globe but he still has roots on the East Coast, managing a dance studio in Philadelphia and choreographing for a variety of creative venues in the city and around town. 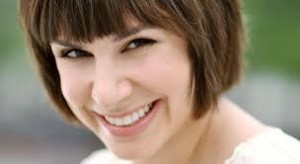 Check out the press release!

She taught and choreographed for Rosie O’Donnell’s Broadway Kids and can be found at the Broadway Dance Center as a guest artist. DSDW’s dancers enjoyed two hours of invigorating dance steps, choreography, and learned why “Smash” is such a smash! 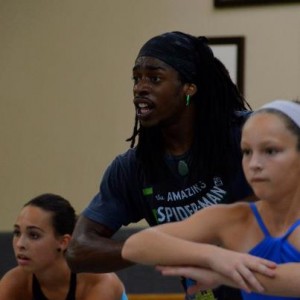 Mr. Russell Ferguson, Season 6 Winner of “So You Think You Can Dance” joined us for our first Master Class, WOW! What an exciting evening of contemporary and Hip Hop at DSDW.

Feedback
“My Contemporary class @ Debra Sparks Dance Works studio was absolutely AMAZING!!!
The kids were so kind, focused, and polite all the way around. Thank you DSDW for giving me an opportunity to share my artistry! God Bless you all.”